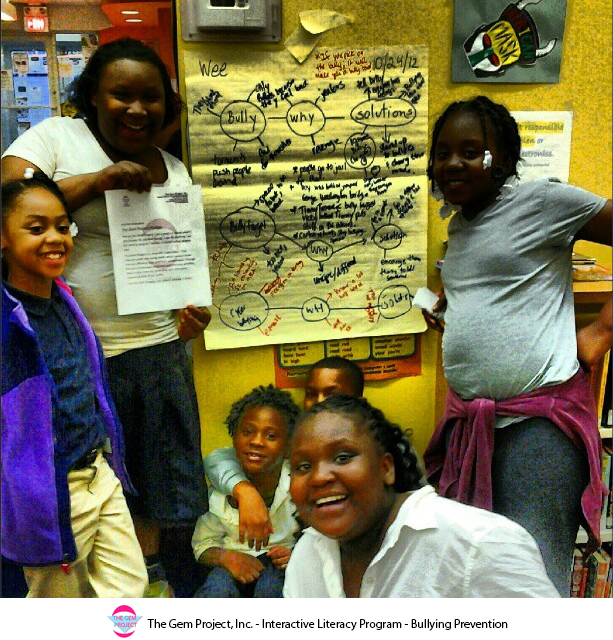 Overview: Bullying is more relevant now than it has ever been. With technology advancing, new issues are rising and  becoming more problematic. Cyber-bullying is increasing because of the infinite resources the internet provides. Social networking sites give a wide platform and anonymity  for those who bully.  The attackers are able to fuel their agenda beyond the school grounds and place of work.

It’s a 24/7 ordeal for many youth and young adults. The Gem Project was able to visit many of our participating sites, holding bullying prevention workshops with youth at local libraries and/or youth centers through our interactive literacy programs.

Here is Weequahic Branch Library’s review: The Gem project spoke with students from the following schools: George Washington Carver, Madison Ave., Gray Charter School and  North Star Academy.   We had planned to go through an Am I bullied? worksheet and held a discussion on the different types of bullying. We  spoke with each student individually on whether or they’ve been bullied–  or were the ones who bullied. 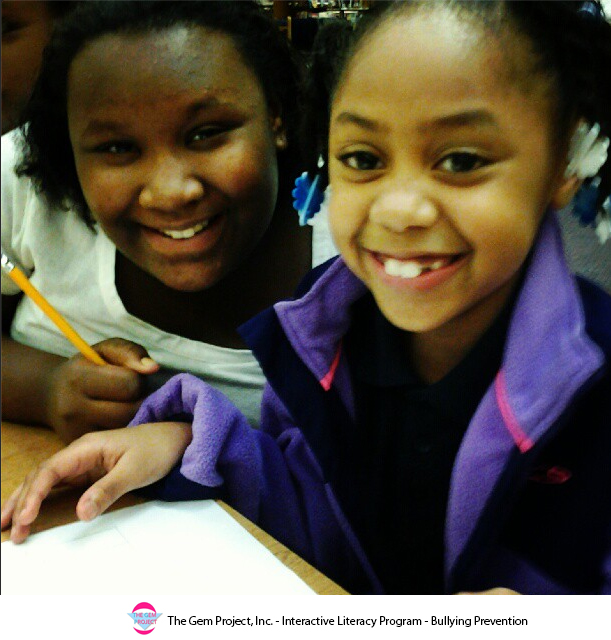 The instruction: In a spider web diagram, Gem Project activity leaders marked off the different meanings of bullying and its types. We gathered data from every student who participated. Students gave their own interpretations as to why aggressors  bullied and why bully targets (a word we replaced for victim) were so susceptible to their attacks. Diagrams were arranged as follows:

Here are some notes youth came up with on the spider diagram (responses were from age 7-11):
Bully:
Why:
Solutions:
Bully Target:
Why:
Solution:
Cyber-bullying:
Why:
Solution:
After the mapping, students participated in a bully prevention comic book.  Two students spoke about their experiences from being bullied. Solutions were made on what to do when students witnessed a class-mate or someone being bullied. One student said, “I had to switch schools because the bullying was so bad. I told the teachers but they did nothing.” She reported to our activity leaders that she is in a much better place and school now.
The best thing students can do is to  be vocal and to express their circumstances to someone of authority that can address it (the bullying).  During the program, students were encouraged to be anti-bully advocates. People who bully,  usually  approach their targets when they’re alone. Being an anti-bully advocate–  encourages youth to join forces to ensure that opportunities for a bully to act are not met. 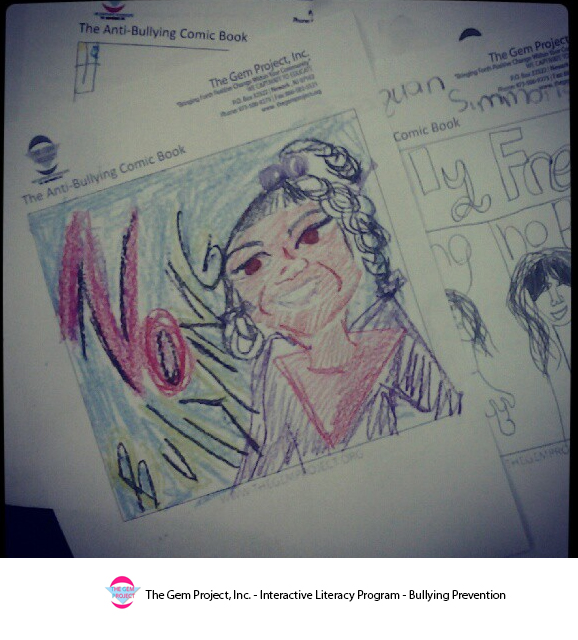