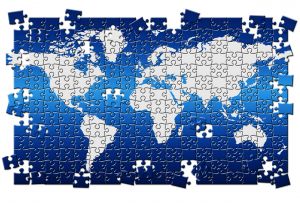 Autism has become a growing public health concern with a sudden 57% increase in cases since 2002, according to the center of disease control. It is more than just a developmental disorder that is affecting young children throughout their adulthood. It is impeding the way those affected communicate and socially interact with others. It is a puzzling disorder because its origin remains a mystery, yet the cases seem to increase at an alarming rate.

Why is this happening? What can be done? and where are we headed to with research?

Three years ago the Gem Project started to hold autism awareness programs through our awareness luncheons and public service announcements. It is difficult to believe that in 2008, the prevalence in autism cases within the United States was 1 in 150. 1 in 150 children were expected to develop autism in the United States. Today, it’s 1 in 110 while in New Jersey alone it’s 1 in 94. Why is this happening?

There are several theories as to why autism cases are rising according to TIME Magazine’s article, “Autism Numbers Are Rising. The Question is Why?,” written by Alice Park.

Database Detection: The Center of Disease Control has developed the most accurate database called, “The Autism and Developmental Disabilities Monitoring Network (ADDM).” Developmental professionals, pediatricians, language pathologists, and psychologists offer assessments for the database to account for more reliable ways of detection. In the past, this responsibility was primarily placed in less reliable detection methods of parental reporting.

Diagnosing: It has been debated that the rapid rise in autism cases is attributed to being able to diagnose “better.” What does that exactly mean? Well, with a better method explained in “database detection” it is thought that more cases would be accounted for and acknowledged because of new detection effectiveness.

Environmental Factors: The actual rate of autism cases within the past few years have been dramatically high and sudden. Genetic changes are far too slow to elicit such an increase within a short amount of time. In TIME magazine’s “Autism Numbers Are Rising. The Question is Why?,” Dr. Thomas Insel, director of the National Institute of Mental Health and chair of the NIH’s inter-agency autism coordinating committee, also states “When you see an increase like this, you have to think it’s an environmental issue.”

Factors During Pregnancy: Most autistic children are diagnosed before the age of 2. It is a theory that developmental factors or behavioral factors associated with pregnancy may contribute to autism cases. However, it is too significant to compile a list of all factors that could contribute to developmental changes which can lead to autism.

Although there are great findings through autism research, the pace is slower than the significant rapid increase of cases being diagnosed. The best way is early detection in autism cases to start early intervention, which can help assist in treating behavioral issues that may arise in those who are autistic.


Please visit the main website, www.thegemproject.org. This is just a subpage, the TEAM Blog.