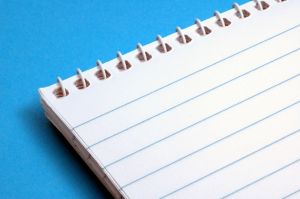 Alice Pyne is more than a young girl who wishes to share her life’s experiences through her blog, while living in Ulverston, England. She has become an inspiration to many people throughout the world. She is just 15 years-old and is full of life. She wants to travel to Kenya, become a dolphin trainer, and take a nice portrait with her dog, Mabel. Alice has been battling Hodgkin’s Lymphoma for the past four years. Pyne was inspired to create a blog to document her experiences with a few close friends. In her first entry she revealed how her mother suggested that she do a bucket list in an effort to complete her dreams and goals. Her site, Alice’s Bucket List, has now become a place of encouragement as she tries to complete her list.

It was not long until Alice Pyne quickly received media attention. Through the tools of social media, her story has been heard by thousands of people. The hashtag, #alicebucketlist, became a trending topic on Twitter.com. Alice has been using her recent attention to address the necessary need to have more bone marrow donor registrants. She even placed the desire to have everyone sign-up as bone marrow donors on the top of her list. The Prime Minister of the United Kingdom, David Cameron, has made it his personal goal to get more people to register and be a part of this life-changing registry. Currently Alice Pyne has terminal cancer. She has been through both radiation and chemotherapy treatments. She was in a long search for a bone marrow donor but unfortunately she did not find a match. She wants to use her life to inspire and save the lives of others.

Hello 🙂
It’s a bit funny me doing a blog because mum has always done these sort of things and I’ve never really being interested before. Most of you know that my scan at Alder Hey wasn’t very good and that the cancer is now spreading through my body. It’s a pain because there’s so much stuff that I still want to do. I guess that my particular cancer is made of strong stuff (which is hard because I know I gave it my all and I’m strong and determined too).
Anyway, mum always tells me that life is what we make of it and so I’m going to make the best of what I have and because there were so many things I still wanted to do, mum suggested that I turn my ideas into a bucket list. –Read More

Alice’s Bucket List:
To make everyone sign up to be a bone marrow donor
To swim with sharks
To go to Kenya (I can’t travel there now but I wanted to))
To enter Mabel in a regional Labrador show
To have a photoshoot with Milly, Clarissa, Sammie and Megs
To have a private cinema party for me and my BFFs
To design an Emma Bridgewater Mug to sell for charity
To stay in a caravan
To have a purple Apple ipad but I’m not really allowed to put that on here and mum is trying to borrow one
To be a dolphin trainer (I can’t do this one either now)
To meet Take That
To go to Cadbury World and eat loads of chocolate
To have a nice picture taken with Mabel
To stay in the chocolate room at Alton Towers
To have my hair done if they can do anything with it
To have a back massage
To go whale watching

About Hodgkin’s Lymphoma (Hodgkin’s disease):
Hodgkin’s Lymphoma is a cancer of the lymphatic system, which is a part of the body’s immune system. When Hodgkins disease progresses it leaves the body susceptible to infections, while having the inability to fight them.


Our main website, www.thegemproject.org. This is just a subpage, the TEAM Blog.