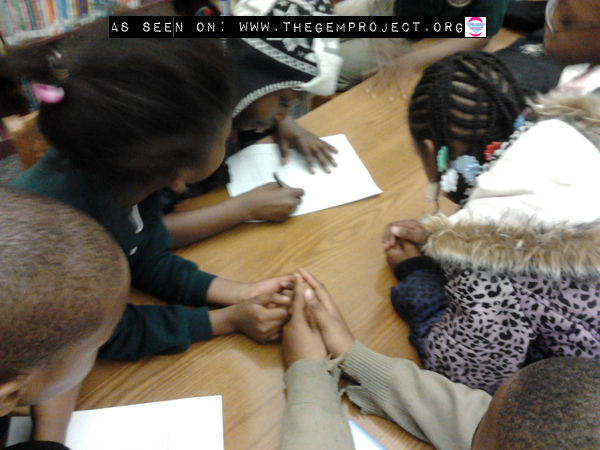 The Gem Project hosts a debate competition with youth at Site #2. Team Brainiac Wolves Vs. Team Smart Acts – “Should computers replace teachers ?” – See what they said!

Our group of students were divided into two teams.  They did not have a choice of deciding what stance they were going to defend. That takes the fun out of it right, if they did of course?

Team Smart Acts:  ” We feel that computers should replace teachers. Computers have all the answers. Everything is online and computers are fun to learn with.”

The debate was broken down in several sections, with each team’s captian expressing their team’s views. They each had a chance to:

Several segments went into preparing the Gem Project debate sessions. All parts of our sessions reflect actual competitions and are timed.

“If teachers were replaced, computers could shutdown and have a technical problem. It could catch a virus and have a blue screen.”

“The teachers yell because it disciplines the kids. Computers don’t yell at the kids.So, the kids can goof off more. They can sneak out and do “crazy” things, without the computer knowing.”

To request a full transcript of this debate, it can be made formally to: project@thegemproject.org. Please include the web address in reference. Transcripts are usually granted to educators  in agreement. We wish to conduct all programs at schools, youth centers, or wherever there is a need.