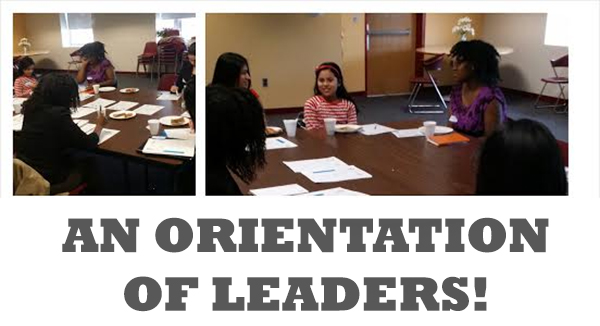 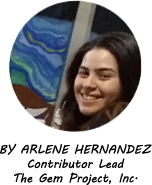 To be honest, I didn’t know what to expect coming to my first on-boarding orientation for The Gem Project nonprofit organization on Saturday, March 1st. I arrived at the North End Branch of the Newark Public Library and settled in at a waiting area with three other young women who were also waiting for the founder of the program, Amanda, and two directors, Parul and Deja, to set up the conference room. From an outsider’s perspective, the four of us looked as if we would have nothing in common except the fact that we are all Rutgers- Newark students. After our initial introductions, a random conversation about world music sparked between us. We began to exchange the names of different artists we enjoyed as well as favorite music genres. By the time we were ushered to the conference room, I was already at ease with the group of people I would be working with.

The nervous jitters I had (the kind that one gets when one is about to start something new and different) slowly disappeared as I took my seat at the conference table and was introduced to Parul and Deja. I observed how the three ladies chatted enthusiastically, how they easily laughed with each other, and were as comfortable as if this were a reunion of old friends and not an orientation with new members. Each possessed the kind of spunk that one has when one is in their mid-to-late 20’s while also giving off an air of wisdom. I still didn’t know what to make of the program. With the exception of Deja, Amanda and Parul have been involved with the project since its infancy in 2008. I wondered, what is the level of passion for such a program that would keep it running with the same members for so many years?

As the question echoed through my mind, I almost didn’t notice the young girl seated quietly at the table with us.

“I’m going to let Briana introduce herself and tell her story,” said Amanda.

The young girl, while seated in her chair, beamed and said,” Hi, my name is Briana and I have been with the Gem Project for four years.”

This was the introduction to her story, from being a shy child to an articulate student who was greatly influenced by the interactive literacy program that enhanced her reading abilities and gave her a voice. This was my moment of realization. The word that echoed my mind was eccentricity. 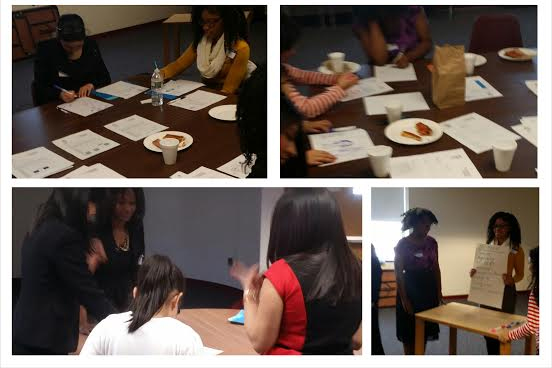 Out of all the words I could have used to describe our group, why choose a word that tends to have a negative connotation? It is the word one would politely use for a “weirdo” but this time around, it is for a different kind of weirdo. It is the word for trailblazers; for those who see the importance of our youth and the future and find a need to set an example for others while lending a helping hand.

Amanda, eyes gleaming with tears, said, “And that’s what this is all about.” She paused, then laughed. “Yes, we ride or die!”

Arlene Hernandez serves as a Contributor Lead and Social Media Lead at The Gem Project, Inc. Hernandez is in her final year at Rutgers University studying English. She resides in New Jersey. Follow her on Twitter at @ArleneH1991.