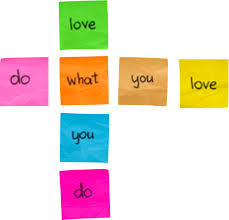 “We look up to you as our teachers and our leaders,

How are we supposed to achieve success?

If the person that is supposed to be our biggest fan is never in the bleachers?

It’s like chasing a dream with the coach that has no faith in the team….

Ask them [your children] what their dream is, how and what we [the parents],

Not they, we can do to achieve it.

You’re children are your biggest asset,

So invest time in speaking,

And invest time in listening,

We [the young people] just want you [the parents] to believe in us.

Because the family is the strongest corporation that you can have!”

Suli Breaks, an up and coming spoken word artist from London is a recent college graduate. His quote from his video called “Parents are the Hardest to Please,” reminded me about a discussion we had at our last Gem Project meeting. Some of the Leads and I talked about our majors, career paths, and the struggles that come along with being in college. One of the Leads admitted that she had changed her major multiple times until she found one she was satisfied with. She then expressed that she did not get as much support from her parents because she chooses to focus on the Humanities as opposed to Law, medicine or business.

Regardless, she feels that she made the right decision and that her parents will see her vision in due time. I tend to see that some young people are going to college for their parents instead of themselves (especially children of immigrants). I learned that it is perfectly fine to take parents’ advice (especially if they have gone to school) but ultimately it is crucial to go to college for yourself. Although there may be financial obstacles that might inhibit young people to go after their dreams such as the economy and being dependent on parents (if they are paying/helping to paying for your tuition).

I once was told by a teacher in high school that I should make sure I go to school for what I want to do and not for what anyone else wants. She expressed that if I didn’t I would end up resenting whomever and this included my parents. At first, I thought that I would be disrespecting my parents if I didn’t do as I was told. I was always told to respect my elders, but at the end of the day whatever career path I choose is the one I am going to have to live with and not my parents.

At the age of 18, majority of young people do not have their lives figured out and that’s okay. These are the years for self-discovery. Like for instance, medical school sure sounds rewarding when you get that paycheck at the end of it all, however the road bumps, detours, potholes, traffic jams, and accidents are not often discussed when getting to that end result. That is why it is important to do your research and see if what you are good at can give you a sustained career, if not create one. If you have a plan and present it to your parents they have no choice but to be that coach that helps you make it to the playoffs and eventually the championships. They can be the hardest to please but when they see that you are taking the road less traveled such as art careers, and seeing that drive and passion behind it, it will be the most rewarding thing ever for them to witness. Do what you love.