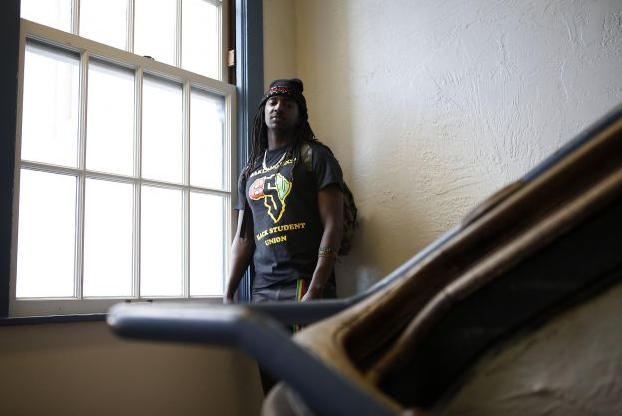 “No matter where you’re from, your dreams are valid,” said  actress Lupita Nyong’o recently as she accepted her first Oscar win at the 2014 Academy Awards. Everyone in the audience was teary-eyed. When the underdog wins it gives people hope that they too can get recognition for their achievements. Many of us urbanites can identify with actresses such as Lupita, which is why it is important to have that representation in the media.

This brings me to the topic of Akintunde Ahmad. He is currently a high school senior at Oakland Technical High School in Oakland, CA. He holds an outstanding 5.0 GPA and was accepted into various schools in his state including Ivy League schools such as Yale, Brown, Columbia, Northwestern, and others. He scored a 2100 (out of 2400) on the SATs and is an all-around student who plays baseball for his high school. He is a 17-year old, 6 foot African American male who wears cascading shoulder length locks and dresses like an average male from his neighborhood on 98 Avenue in Oakland, which could be classified as urban street style.

Akintunde says that he is used to the stares that he receives whether he’s in an AP class, or when people found out about his SAT scores. And amusingly, when he walked up to the Yale University recruitment table at his school’s University recruitment fair. Although it is 2014, some people still are prejudices against people when it comes to appearance and perception. I noticed that locks or dreadlocks have somewhat of a negative connotation. In fact the term “dreadlocks,” were given to Jamaican slaves who wore this hairstyle, by colonists who thought the style was “dreadful”. That is why with a person like Akintunde, people would never expect him to have these aspirations based on his appearance and where he came from.

Part of the Gem Project’s goal is to help and serve the youth with strengthening their leadership goals to then become productive and aspiring citizens in the future. We focus primarily in the area of Newark, NJ, which often receives negative views from outsiders. You would be surprised there that are “Gems,” such as Akintunde from Oakland, who are floating around Newark waiting to be uncovered. Like Lupita said, “No matter where you’re from your dreams are valid.” Akintunde did not become a product of his environment but chose to make his dreams valid by striving hard to achieve great feats.